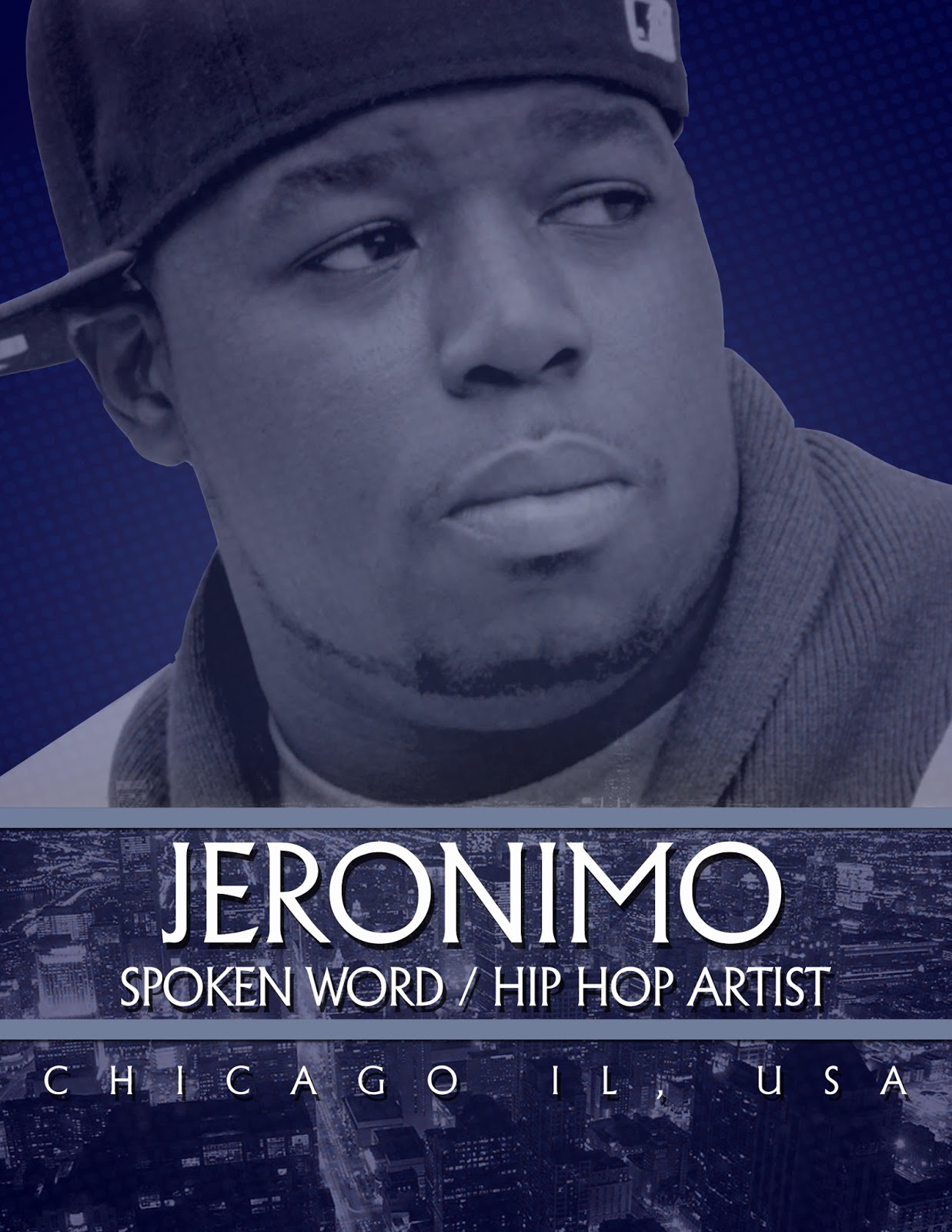 Jerode Rodgers, better known as Jeronimo speaks was born in Chicago and raised in the “Low End” projects of the inner city. It was here that Jeronimo was introduced to freestyle and battle rapping. At the time Jeronimo had no clue that practicing these skills would be his gateway art to his truest and most successful passion "the art of Spoken Word". He began creating Spoken Word pieces in late December of 2011. Since then Jeronimo has released three Spoken Word EP’s. Spoken Hip Hop was the first release early in 2012 with extraordinary pieces like 80’s and 20’s. There was quite a bit of controversy throughout Jeronimo’s Christian fan base because of language used in several pieces. A remnant of battle rapping days where almost anything goes. Jeronimo was so grateful of the outpour of love; he decided to create his next EP for his Christian fan base. Psalms of the Streets was created and then released in November of 2012. Over 300 people walked through the doors of the I.C.E. Theater for the event Heirs to the Throne, where Jeronimo held his release and listening event. Third project Jeronimo released was his most anticipated project to date. The Gordian Knot was his most impactful cd to grace the Chicago poetry scene, filled with soulful beats and hard-hitting lyrics, jeronimo featured some of the hottest artist out currently.
Jeronimo has met quite a few milestones here in his city of Chicago; He was been awarded Spoken Word Album of the Year from the Spoken Word Magazine, as well as Most Valuable Poet, and Spoken Word Artist of the Year by the P.O.E.T Organization, MIDWEST URBAN MUSIC AWARDS POET OF THE YEAR. Then going on to be recognized by SAFE & SOUND winning the POETRY-N-MOTION AWARD. Amongst the many local bookings, open mic, Birthday Parties, Anniversaries and many more type of events performed at, Jeronimo has performed in Benton Harbor, MI. St. Louis, MO. Detroit, MI. Pontiac, MI. Milwaukee, WI. Memphis, TN. Iowa, Minnesota, New York, Atlanta, California, Las Vegas, Dallas and many other locations in the U.S. Jeronimo then went on to co-create solace souls Sundays open mic on the Southside of Chicago, IL, in which was nominated for NATIONAL OPEN MIC OF THE YEAR. Solace Souls Sundays has had several sold out shows packing out 300 seat rooms to capacity.The open mic was so successful and well received that the coalitions solace souls and solace minds were formed. A group of young artist from the Chicagoland and surrounding areas came together to put their artistry to work. Annually they feed and clothe the needy and less fortunate, they throw free events for the community while perfecting and performing their craft that they love so much. The organization is flourishing while the open mic is still being held every 3rd Sunday on 2423 e. 75th street at THE QUARRY EVENT SPACE CENTER .Jeronimo is one of the most sought out spoken word artist in Chicago by the public; he has triumphed through the rough times and sold out a 300 seats at the I.CE. Theater for his 2nd cd release Psalms of the Streets, he has appeared as a guest, on radio stations such as rejoice 102.3, TMC Gospel Radio, Power 92.3, WHPK, Windy City Underground, and Access Avenue and a host of other TV shows and radio shows, jeronimo has performed with the likes of PRENTICE POWELL, MALIK YUSEF, THE LAST POETS, MICHAEL COLYAR,K LOVE, DEF POETRY JAM ABYSS, DEF POETRY JAM M'RELD GREEN and a host of other stars. He is definitely an up and coming phenomenon from Chicago and is at his most humblest at this moment while his grind is at such a high with much more work to do. “No grind No shine” is his Motto and he proves it every day with his work effort and skills.
JeronimoSpeaks.blogsot.com
Facebook.com/JeronimoSpeaks
Twitter.com/JeronimoSpeaks
Reverbnation.com/JeronimoSpeaks

BOOK JERONIMO FOR YOUR NEXT EVENT!
CONTACT JERONIMOSPEAKS@GMAIL.COM
OR CALL 773-642-9895
THANK YOU FOR YOUR INQUIRIES 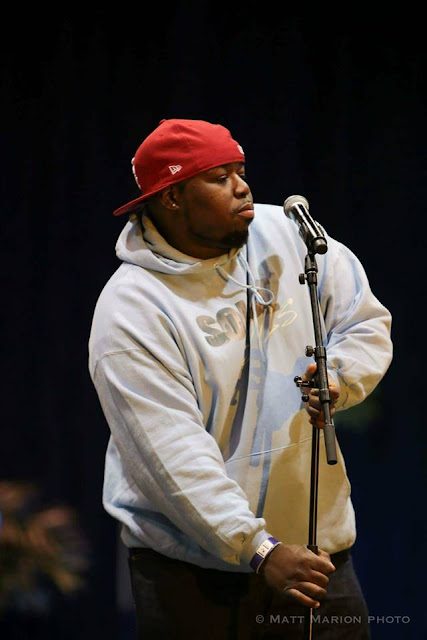